Following up on an earlier report of the success of Ukraine's Cyber Forces in accessing the servers of Russia's Black Sea Fleet, here's a sampling of additional documents from the ones shared with Ukraine's Defense Intelligence Service.

They are related to the 30th Division of Surface Ships, formerly known as the 11th BASS in 2014 when it was also engaged in Russia's aggression against Ukraine and Crimea. The military unit number was 42948 until 2016 when it was changed to 84201. 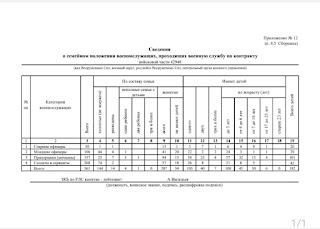 Morale and Psychological Assessment of Syrian Operations on Moskva's Crew 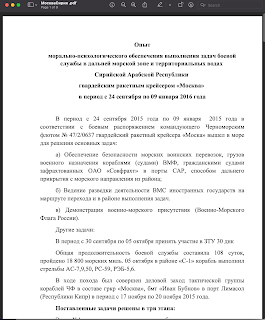 This is a detailed review of how the Moskva maintained crew morale during its deployment and operations in Syria. An English language machine translation of this report can be downloaded here. 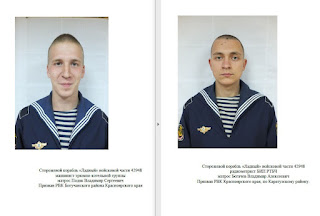 Additional reports will be forthcoming soon. You can assist Ukraine by sharing news of the capture of sensitive Russian military information on your social media accounts and with journalists.