Symantec CEO Salem Needs To Get His Priorities Straight 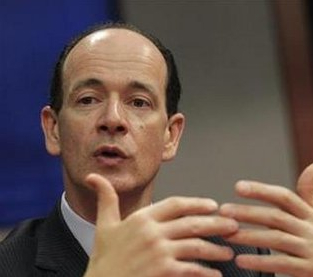 I just read that Symantec (NYSE: SYMC) CEO Enrique Salem wants to either increase Symantec's stake in Symantec Huawei Technologies Co. Ltd. or sell shares to the public through an IPO, with a decision to be made by year's end. It's bad enough that the joint venture was formed in the first place. Why Mr. Salem would think that a leading U.S. security software company should form a business partnership with a Chinese company with strong ties to the State Council and Peoples Liberation Army is beyond me; particularly when the U.S. government has been so resistant to agreeing to Huawei's attempts to acquire U.S. companies or to buy Huawei products.

There's no lack of information about the Peoples Republic of China when it comes to informatized warfare, corporate espionage, technology transfer, information acquisition and processing, etc. Besides my own work on the subject, there's stellar work being done by Dr. James Mulvenon and LTC (ret) Timothy L. Thomas among others. So it can't be a question that Symantec's CEO is not aware of the problem. That leaves only two possibilities:
If it's the former, then I'd be happy to arrange a briefing for him. If it's the latter, then I hope that he'll reconsider his obligation as a citizen of the U.S. to not engage in business practices that could negatively impact the security interests of our nation. Mr. Salem, you clearly have an obligation to your company, your board, and your shareholders to maximize profits. I hope that when you celebrate Memorial Day on May 30th, that you'll consider how to balance that obligation with the one that you owe to your country.
Email Post
Labels: (NYSE: SYMC) Enrique Salem Huawei Huawei Symantec