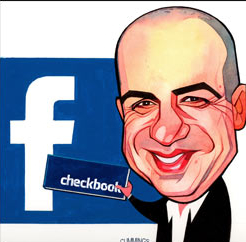 Russian billionaire Yuri Milner’s profile has risen dramatically since his 2009 investment in Facebook.  Indeed, the May 14th issue of the influential British weekly The Economist credits Milner with triggering the latest cycle of investment in tech companies.  The Economist speculates that the cycle is showing signs of “irrational exuberance” and might represent the next investment bubble.

Recent Russian developments, however, indicate that Yuri might enter Russian domestic politics.  In 2009, Milner was appointed to the Presidential Commission on Innovation.  At that time, the commission’s members were all either government officials or leaders of government controlled entities with the exception of Yuri Milner, head of Digital Sky Technologies, and Mikhail Prokhorov, head of ONEKSIM Group.  According to Russian press, Mr. Milner attended commission meetings as late as January 2011.

On May 16th, commission member Mikhail Prokhorov announced he would head the political party Right Cause for the 2012 presidential elections.  Prokhorov, one of Russians richest men and owner of the National Basketball Association team The New Jersey Nets, gives Right Cause a new face for a Russian public that might be tiring of the current Medvedev-Putin tandem.

We note that fellow commission member Yuri Milner possesses many of the same qualities that make Prokhorov attractive.  He has been successful in his Russian investments and is increasingly known in the west without being linked directly to the current government.

However, prominent Russian political analyst Dmitry Orlov noted on May 17th on Vedomosti.ru, that there are 25 to 30 influential Russian politicians and businessmen setting the scene for the 2012 elections.  The group, Orlov notes, helped start the Presidential Commission on Innovation to capture the modernization agenda for the government.  Many of the group serve on the commission.  One of two non-government commission member’s hat is now in the ring.  Will the second follow?