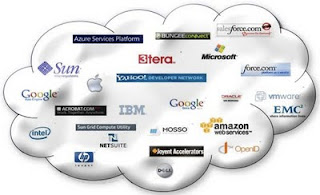 On a recent trip to Beijing and Shanghai to attend Huawei's analyst summit, Gartner analyst Lydia Long learned that Huawei is planning to become a one-stop-shop Cloud computing provider. In other words, Huawei will not only be making network equipment, it will be developing Infrastructure-as-a-Service software (the Cloud stack) needed to provide a highly scalable public cloud like Microsoft's Azure or Amazon's EC2.

If Huawei's strategy in obtaining market share for its hardware is any indication, Microsoft, Amazon, Google, and other public and private cloud providers should prepare to have their pricing model ripped to shreds. Furthermore, the executives of companies who intend to move their data to the Cloud would be well-advised to re-think their cloud service provider requirements; moving beyond who the lowest-cost provider is to include who will add security guarantees to their Service Level Agreement. On the other hand, I'd wouldn't be surprised if Huawei took the initiative to become the first Cloud provider to revolutionize SLAs with exactly that kind of provision, considering that Huawei Symantec LLC is developing secure data storage devices for just such a service.

Huawei is not the only Chinese company that's investing heavily in the Cloud. Cloud computing has been designated a strategic technology by the PRC State Council in its 12th Five Year plan and placed under the control of the Ministry of Industry and Information Technology (MIIT). MIIT will be funding research and development for SaaS (Software as a Service), PaaS (Platform as a Service), and IaaS (Infrastructure as a Service) models as well as virtualization technology, distributed storage technology,  massive data management technology, and other unidentified core technologies.  Orient Securities LLC has predicted that by 2015, cloud computing in China will be a  1 trillion yuan market.

According to the US-China Council website, MIIT was created in 2008 and absorbed some functions from other departments including COSTIND (Commission of Science, Technology, and Industry for National Defense):


From COSTIND, MIIT will inherit functions relating to the management of the defense industry, with a scope that covers the national defense department, the China National Space Administration, and certain administrative responsibilities of other major defense-oriented state companies such as the China North Industries Co. and China State Shipbuilding Corp. MIIT will also control weapons research and production in both military establishments and dual-role corporations, as well as R&D and production relating to "defense conversion"--the conversion of military facilities to non-military use.