The Most Important Cyber Issue in 2013: Offense as Defense 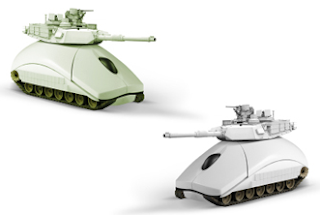 Between SECDEF Panetta signaling Iran and other states that the U.S. won't tolerate increased cyber attacks without a response and the increasing impatience on the part of the private sector of being legally restrained from doing anything when they see their stolen data sitting on a foreign server, I predict that the most important cyber topic of 2013 will be active defense. In fact, we had a lively discussion about this very topic last Thursday at Suits and Spooks Boston.

In order to provide a forum where the various implications of taking offensive action under the umbrella of active defense can be explored, debated, and tested, I've decided to dedicate our next Suits and Spooks event to this critical area. I've also expanded it from a single day to a two-day event that will feature hands-on labs in addition to plenary sessions. And unlike SNS Boston, journalists will be welcome at SNS DC 2013.

Two speakers and one lab that are already lined up include Dr. Boldizsar Bencsath, director of the Laboratory of Cryptography and System Security, Budapest who's lab first discovered DuQu, Richard Bejtlich, the Chief Security Officer of Mandiant, and via IRC in one of our labs - th3j35t3r (hacktivist for good). Dr. David Bray, who had been earlier announced, may have a conflict on either of those days so his may be a last minute appearance. Many more speakers and labs will be announced in the coming weeks.

It will be held in the same venue as our February 2012 event - The Waterview Conference Center; a spectacular space overlooking the Potomac river and the Capital from the 24th floor. I'm inviting both national and international experts to participate and am open to your suggestions for the types of labs that you'd like to participate in as well as receiving inquires from companies who'd like to be a sponsor.

As is our custom, attendance will be capped at 100. I've set up a super early bird rate in order to help keep your costs associated with attending low. Considering the controversial nature of this topic in combination with its criticality, I expect fully expect this event to sell-out. See you in DC.