My Expensive "Expert" Advise for the U.K. Government On Cyber Warfare 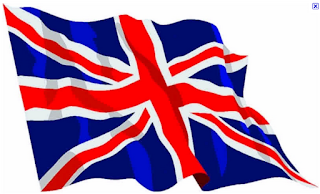 I was going to name this post 'My Free 'Expert' Advice ..." but we all know that free advice is ignored so once I hit the 'publish' key on this blog, I'll send an invoice to 10 Downing Street requesting payment. I'll make sure that the invoice is in 7 figures since they're obviously quite willing to throw extravagant amounts of money at companies with the word "expert" in their marketing materials (hence my use of the word "expert" in the title).

The reality is that there are no experts in this field. I wrote a well-received book on the subject, have spoken at dozens of conferences, had papers published, regularly consult for U.S. and foreign government agencies, and have engaged in incident response for very large corporations and I don't call myself an expert. In fact, authentic experts never bestow themselves with that title. If its used at all, it's given to them by others who have experienced their work first-hand. I know many people who I would call experts in different fields but none in the area of cyber warfare. The field is too new, too undefined and we're all still finding our way.

The British government appears to have bought into the marketing materials of prime contractors like Lockheed Martin, BAE, Ratheon, General Dynamics, RSA, McAfee, Mantech and who knows who else. Big mistake. They not only cannot protect the British government, they've been unable to protect the U.S. government. The director of the NSA along with the director of DARPA have both admitted that the current security framework we use is broken. Who implements that framework? Prime contractors like the ones I mentioned above and their sub-contractors with some help by government employees.

So here's my "expensive expert advise" for whoever is in charge of the British government's purse strings:


My bill is in the mail.