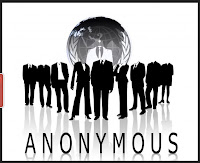 Turkey is one of those countries like China, Russia, Ukraine, and many others where the government has a "useful" relationship with its indigenous hacker population. The recent news that 32 alleged members of Anonymous have been arrested in Turkey is a perfect example of what not to do if you're a hacker and you want to be tolerated by the Turkish government. I doubt that anyone would claim with a straight face that Ankara has a zero tolerance policy when it comes to prosecuting hackers. Remember what happened last year with Sweden?

When the Swedish parliament passed a resolution recognizing the deaths of hundreds of thousands of Armenians by the Ottoman Empire (now the nation state of Turkey) in 1915 and 1916, the Turkish government protested the action with official protests and by calling off the 2010 meeting of the American-Turkish Council. Additionally, on March 17, 2010, Turkey's Prime Minister threatened to deport 100,000 Armenians back to their homeland. Coinciding with their government's protests, Turkish hackers defaced over 600 Swedish websites. No arrests were made in Turkey.

In July 2009 Turkish hackers defaced Chinese government websites after the Turkish government expressed concern over the treatment of the Uighur people in the Xinjiang region of China. No arrests were made then either.

Then there's the case of Agd_Scorp, an infamous Turkish hacker who was arrested by Turkish authorities only after Microsoft teamed up with NASA and pushed Ankara to do something about his perpetual targeting and defacing of both their organizations websites. Turkish authorities made an arrest, prosecuted him and he was released after spending about 30 days in jail but that never would have happened had outside pressure not been applied.

The lesson for hackers in Turkey is clear. Don't "f" with us and we'll leave you alone. And that's probably solid advice for hackers in most states.
Email Post
Labels: Agd_Scorp Anonymous China Sweden Turkey