Huawei, Ryan Cleary, and Why The UK Is Headed For A Cyber Disaster 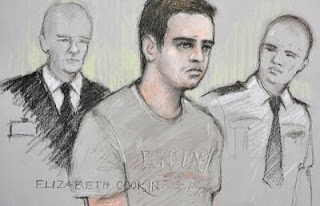 While the British government is busy prosecuting a teenager for the DDOS attack against SOCA, they are embracing China's national champion firm Huawei with open arms. Last year, Huawei opened a Cyber Security Evaluation Centre in Oxfordshire where its source code and presumably the source code of other companies could be examined for  backdoors by representatives of Britain's Communications-Electronics Security Group (CESG). This is the same strategy that has worked to Huawei's benefit in India just a few days ago where it has been given the green light to set up a similar lab in Bangalore, much to the chagrin of members of India's cybersecurity community with whom I've spoken privately.

Not only is the British government contracting with Huawei for significant work such as providing mobile phone service for London's subway system for the 2012 Olympics, but they do so in spite of warning by their own intelligence services. While other nations like the U.S. worry about China's plans to launch a pre-emptive strike against the power grid in the event of an impending attack, Britain has sold over 50% of its power grid to a Chinese company, which pretty much makes concern about an attack against CI a moot point. But by God, they're going to prosecute anyone who dares take a government website off-line because they're SERIOUS about cybersecurity in the U.K.