The Rapid Rise and Fall of LulzSec 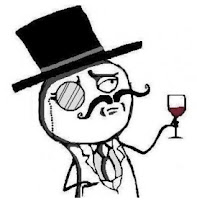 This is more of a prediction than a statement of fact but I feel pretty confident in saying that LulzSec won't be around for much longer. Anonymous may still avoid LulzSec's fate depending on whether they decide to abandon the AntiSec movement and stay focused on battling repressive regimes like they did with Tunisia, but they only have a small window of time to make that decision.

The reason why I'm making this prediction is because of today's New York Times article on the take-down of DigitalOne.com by the FBI. That's bad enough but it's not why LulzSec is screwed. They're screwed because the U.S. Intelligence Community has learned how to collaborate. It's taken them years but the historical animosity between CIA, FBI, and NSA has just recently diminished to the point where they are now able to work together better than ever before. And lucky LulzSec, they're all focused on you right now.
Now you might not be too worried about the FBI considering the state of their InfraGuard sites in Atlanta and Connecticut, and you might even be naive enough to believe that crashing the CIA's public website means you have nothing to fear from them either. Frankly speaking, if that's true - you couldn't be more wrong. Unlike the FBI and your local police, CIA isn't constrained by the same rules. It has resources that other agencies salivate after, including its own Army, Navy, and Air Force. It's people love what they do so much that even after they retire they stay in the game. And while Anonymous likes to say that they never forget, the Agency has a well-deserved reputation of getting even with anyone who fucks with them. You, apparently, have made that very unfortunate list. If you guys make it to Labor Day without either getting arrested, disappearing, or self-destructing, I'll be very surprised. Either way, you'll be featured in the new edition of my book for sure.

UPDATE: (25 Jun 2011) LulzSec announces it has ended operations via a post at Pastebin: