Stuxnet, Disgraceful Conduct and the Next Growth Industry 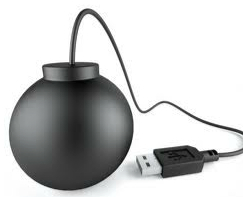 For over a year I was one of the few people who was convinced that the U.S. wasn't behind Stuxnet. When New York Times journalists William J. Broad, John Markoff, and David Sangar wrote "Israeli Test on Worm Called Crucial in Iran Nuclear Delay", I criticized them for producing no verifiable evidence as well as mis-stating some facts. Almost 18 months later, David Sangar published an excerpt from his forthcoming book that had so many confidential details about the U.S. and Israeli operation called "Olympic Games" that there's no longer any doubt as to which nation state is responsible for the world's first cyber weapon - mine. The United States. I was wrong and I'm sick about it - but not because I had guessed it was China. I had laid out my reasons for my assessment and I made it in good faith. I don't mind being wrong about my analysis. At least I made an analysis which was more than most people did. No, what I'm sick about - horrified actually - is that so many U.S. citizens with security clearances who had sworn oaths to protect their country gave up everything about a highly classified program at the request of a journalist. It's my sincere hope that each and every one of them is caught and prosecuted to the fullest extent of the law. And - if any of you are reading this blog - your lack of honor disgusts me.

I'm also very worried about the consequences that we'll face as a country now that it's known that we once again broke the barrier of introducing a new weapons system that no one in the world had ever before used (at least that anyone knows about). We have a history of this so the consequences are easy to predict.

Nuclear weapons proliferated after our use of them against Japan. Unmanned Aerial Systems are being developed in over 130 countries after our introduction of them in Afghanistan. Now it's known that the U.S. with Israel's help has virtually attacked and caused physical damage to an industrial control system in another nation's nuclear laboratory. The blow back on this is going to be monumental and so will the pressure by the Pentagon on Congress to increase cyber-related spending because of a world-wide development race thanks to our own operation Olympic Games. If you're wondering what the next growth industry is going to be for the next 20 years, you can stop wondering. It'll be cyber munitions.