The Myth of the CIA and the Trans-Siberian Pipeline Explosion 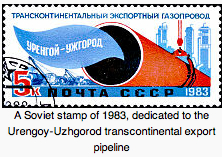 There's a well-known expression that if you repeat a rumor often enough, it becomes a fact. Such is the case with the oft-repeated rumor that the CIA was responsible for the Trans-Siberian pipeline explosion in June, 1982 by sabotaging the SCADA system that ran the pipeline. The latest iteration of that rumor was in the Washington Post's special report on cyber security called Zero Day. The rumor is based upon two sources - The Farewell Dossier and Thomas Reed's book "At The Abyss: An Insiders History of the Cold War". The Farewell Dossier is an authentic historical document on a joint CIA/DOD/FBI operation in the 80's which centered around a Russian defector code-named "Farewell". As part of the deception operation:


"contrived computer chips (would make) their way into Soviet military equipment, flawed turbines were installed on a gas pipeline, and defective plans disrupted the output of chemical plants and a tractor factory. The Pentagon introduced misleading information pertinent to stealth aircraft, space defense, and tactical aircraft. The Soviet Space Shuttle was a rejected NASA design. When Casey told President Reagan of the undertaking, the latter was enthusiastic. In time, the project proved to be a model of interagency cooperation, with the FBI handling domestic requirements and CIA responsible for overseas operations. The program had great success, and it was never detected."

So that part is true. However, former Air Force Secretary Thomas Reed apparently assumed that the Trans-Siberian pipeline explosion in June, 1982 was what the Farewell Dossier was referring to when he wrote his book. Actually, according to an informed source from one of the three-letter agencies, that explosion had nothing to do with CIA sabotage and everything to do with a Russian engineer who, when discovering a leak in the pipeline, simply kept increasing pressure to maintain the flow of natural gas.  The gas leak kept building and building until a passing Russian train sparked the gas cloud and KA-BOOM. It was a true disaster but it certainly didn't qualify as a "key event in cyber history". Cyber had nothing to do with it. Instead think Chernobyl and the Sayano-Shushenskaya hydroelectric dam explosion in August, 2009.
Email Post
Labels: cyber security myth sabotage trans-siberian pipeline washington post zero day