Dr. David Kilcullen: Speaking at Suits and Spooks NY on feral cities and other physical and digital stressors 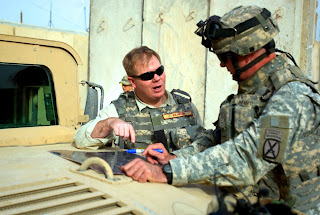 I recently heard Dave Kilcullen speak at the Google INFO Summit on illicit trafficking during the summer of 2012 and ever since then I've been trying to find a way to bring his experience and novel insight into conflict mechanics to a Suits and Spooks conference.

Today, I'm extremely pleased to announce that Dave will be speaking at Suits and Spooks New York on the topic "Out of the Mountains: a future of feral cities, urban systems under stress, and increasing overlaps between the real and virtual worlds."

Dave will also be included on a panel that I'll be moderating with Jonathan Hutson of the Satellite Sentinel Project, retired Navy SEAL Thomas Dzieran, Aaron Weisburd of Internet Haganah and John Scott-Railton of Citizen Lab.

Attendees will have an opportunity to purchase a signed copy of Dave's new book "Out of the Mountains":


"In his third book, David Kilcullen takes us out of the mountains: away from the remote, rural guerrilla warfare of Afghanistan, and into the marginalized slums and complex security threats of the world’s coastal cities, where almost 75 per cent of us will be living by mid-century. Scrutinizing major environmental trends — population growth, coastal urbanization, and increasing digital connectivity-- he projects a future of feral cities, urban systems under stress, and increasing overlaps between crime and war, internal and external threats, and the real and virtual worlds. Informed by Kilcullen’s own fieldwork in the Caribbean, Somalia, the Middle East and Afghanistan, and that of his field research teams in cities in Central America and Africa, Out of the Mountains presents detailed, on-the-ground accounts of the new faces of modern conflict –– from the 2008 Mumbai terrorist attacks, to transnational drug networks, local street gangs, and the uprisings of the Arab Spring."

We have only 18 seats remaining so register today and don't miss this extraordinary conference where both the speakers and the attendees engage in discussions in the private, exclusive setting of Soho House NYC on October 5-6, 2013.
Email Post
Labels: Citizen Lab Internet Haganah Kilcullen Navy SEAL satellite sentinel project suits and spooks