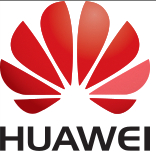 I've been monitoring Huawei for several years and have given dozens of briefings on the security risks associated with the company, its management and its products. I've had several Huawei employees contact me privately about issues within the company and I've spoken to at least one of their senior executives last year about my concerns. I just finished reading Mr. Suffolk's white paper, which Andy Purdy, former Director of DHS National Cyber Security Division and now Huawei's Chief Security Officer, helped write. While it covered all of the usual bases regarding Huawei's commitment to security (I'm not going to recap these - read the paper if you must know), it addressed none of the issues that underscore the opinion of myself and others that Huawei is a security threat, such as:
If Huawei's white paper is an example of how Huawei intends to address the concerns of the House Intelligence Committee, it's not nearly enough - even with Andy Purdy's help.

UPDATE (06SEP12): According to Reuters, Huawei is negotiating terms for its testimony before the House Intelligence committee. The fact that they have to "negotiate terms" says a lot to me about how valid the scope and validity of the concerns that I mentioned above are, not to mention the ones that Huawei doesn't want to have discovered.
Email Post
Labels: andy purdy CCP Cisco cyber security Cybersecurity Huawei madam sun yafang MSS Nortel PLA