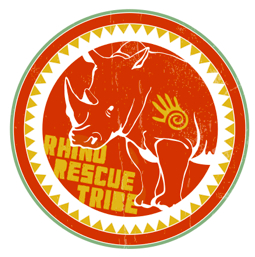 [Press Release 12 June 2012] A former CIA chief targeting officer (Nada Bakos) and an international authority on cyber warfare (Jeffrey Carr) have teamed up with the Ian Somerhalder Foundation to apply pressure on Rhino poachers as well as the governments who allow them to operate. “We’re going to look at online forums and identify the more active groups that use this for monetary gain,” Bakos said. “We will review their tactics, how they move the illegal goods, how they accept payment and provide our findings to the appropriate law enforcement agencies.” This part will be done by Carr’s open source intelligence cell known as Project Grey Goose - a group of volunteer law enforcement, intelligence, and data professionals working on their own time to tackle hard security challenges.

While Project Grey Goose’s collection, analysis and sharing of actionable intelligence is one part of the solution to this problem, it does nothing to solve the other part - lax enforcement of the existing laws by certain foreign governments such as Mozambique and China. Those governments and others like them only act when public pressure and media exposure places an intense spotlight on their failure to enforce existing laws. That’s where the Ian Somerhalder Foundation comes in. The IS Foundation has a successful track record of mobilizing thousands of youths and adults in the service of helping the environment and animals in need. When Carr approached the IS Foundation’s executive director Kim Klingler about this particular project, she and her team were immediately supportive.

This week the IS Foundation will begin mobilizing their volunteer base to prepare for the July launch of the joint Project Grey Goose/IS Foundation’s Rhino Rescue Tribe campaign. The IS Foundation’s global reach means that thousands of young people will be given tools to send emails, sign online petitions and create viral videos asking why China tolerates the wholesale slaughter of an endangered species when it can act to save them.
This type of collaborative, crowd-sourced solution may succeed where governments and agencies have their biggest challenges. Jeffrey Carr and Nada Bakos will be presenting a preliminary progress report for the media on June 29th at the SuitsandSpooks.com event in Los Angeles, CA.
Email Post