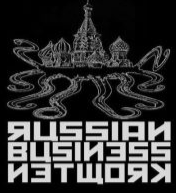 Kaspersky made an astonishing announcement today with its discovery of a sophisticated cyber espionage network (most likely Russian) that has been operating since May 2007 and continues to this day. It has successfully infiltrated embassies, research organizations, military and government agencies, energy facilities (including nuclear power plants) predominantly in the Commonwealth of Independent States, India and countries in Central Asia, among many others.

The developers behind this campaign have built a toolkit similar to Flame but more sophisticated which Kaspersky researchers have named ROCRA (short for Red October). Some of the key functionalities which make this toolkit stand out as unique are:
According to Kaspersky's report, the oldest domain name used in the Red October network was registered in November, 2007, and the newest in May, 2012. The November, 2007 date immediately rang a bell in my memory as the date that the Russian Business Network went dark (November 4, 2007) and temporarily moved operations to China. Then, after a few weeks, they disappeared again.

The developers behind ROCRA, who are Russian, are comfortable using Chinese malware and adapting it for their own use according to the Kaspersky report. This fits the RBN profile to a 't'. I ran 13 IPs listed in Kaspersky's report against the RBN list maintained by James McQuade and found matching IP blocks for five of them:

It has been my belief for many years that the RBN has a working relationship with the Russian government; that it disappeared from view when the FBI sought the assistance of the FSB to shut down their operations in 2007 (as detailed in chapter 8 of my book); and that it has continued operating below the radar all this time. It provides distance and deniability to the FSB for certain offensive cyber operations and, in exchange, the FSB allows the RBN to operate as a criminal enterprise; a portion of which involves selling the data that it steals to whomever is interested.

Red October is already the most significant find of the new year. If, in fact, Kaspersky has uncovered an RBN-controlled espionage ring, it's going to be one of the most important discoveries of the decade.