UPDATE 27JAN2015: Graham Stack of BusinessNewEurope has also written about corrupt practices at the Ukraine Prosecutor's Office. Please read their investigation and share the link.

Ukraine's revolution isn't easy to understand. Some Russians who live there want the old pro-Russian regime back and have aligned themselves with the Putin government. Most Ukrainians want their independence support new leadership that isn't so attached to the Russian government. And then there are Russians with friends and family in Ukraine who are anti-Putin and support the goals of the Euromaidan revolution. However, the one thing that the old regime and the new regime have in common is corruption.

Just how corrupt became clear when Lt. Col. Iegor Bodrov, the Chief of the department for the combating of organized crime at Ukraine's Ministry of Internal Affairs, was arrested after he tried to expose how the Prosecutor General of Ukraine Vitaliy Yarema together with accomplices Deputies Anatoliy Danilenko and Nikolay Gerasimyuk paid bribes and laundered money for their own gain.

Ten days prior to his arrest, an RGD-5 fragmentation grenade was planted in the personal car of Bodrov's spouse which put her and their three children at risk (letters describing what happened are above). Despite Bodrov reporting the incident and asking for an investigation, nothing was done.

Although Bodrov remains in prison, the evidence that he has gathered about corruption in high places has been made public by a friend and former contractor - a hacker who goes by the alias "Yama Tough". 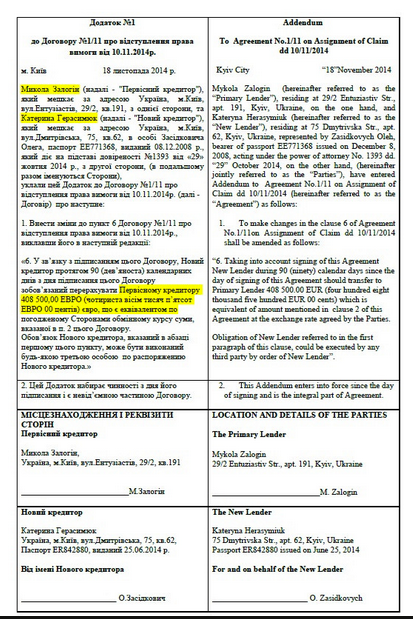 Bribe-taking in the amount of USD 5 mln. by the Prosecutor General of Ukraine – Mr. Yarema Vitaliy in accomplice with his Deputies. 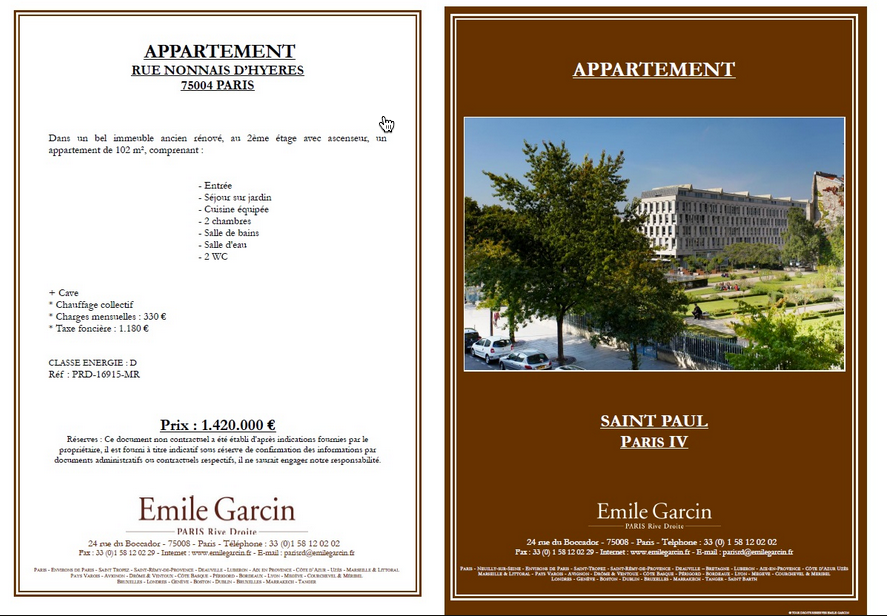 The money laundering in the amount of USD 2 mln. by means of procurement of real estate in France (Paris) , Croatia and Ukraine. (Source: http://imgur.com/a/qWrsV) 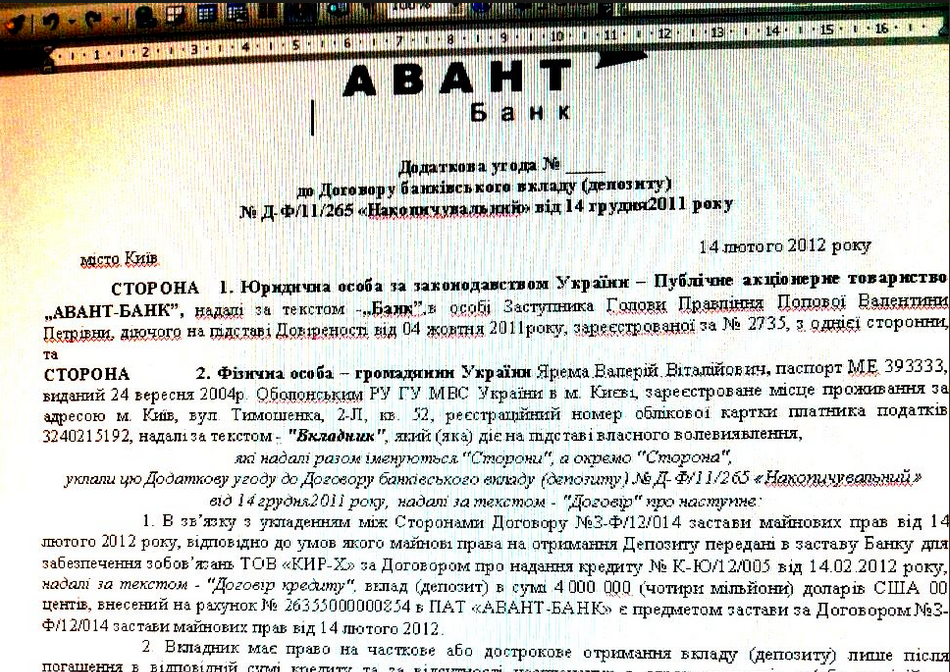 Money laundering and further offshore transfer of USD 4 mln. of Mr. Yarema son (student) through accommodation of credit in favor of the offshore company (Kup-X LLC) against the security of cash deposit with the Avant Bank. Tax evasion on passive income arising from cash deposit. (Source: http://imgur.com/a/MEMPP)

Additional evidence points to: The cancellation of criminal case by Vitaliy Yarema on request of his son that caused about USD 1 mln. damages. Concealment (cover-up) of fact of extortion by public officers in the amount of USD 20 thousand (the email from son to VY). (Source: http://imgur.com/a/NHBPN) Misappropriation of 140 hectare of land by the Deputy of Vitaliy Yarema – Anatoliy Danilenko for the property of his son with aiding of the Deputy of the Supreme Court of Ukraine. (Source: Evidence archives in .rar format - https://mega.co.nz/#!8pdDyTAI!sXFASGkpabaNQWxnloqzwwJSAHqiJklB3l7OHCSRwUo)


Bodrov remains in prison
As of this writing, Lt. Col. Bodrov remains in prison for merely doing his job - rooting out corruption. His application for release has not been heard and no investigations into his charges have been initiated.
Email Post
Labels: Bodrov DNR Euromaidan LNR Russia SBU terrrists Ukraine yama tough