I'm pleased and excited to announce an open registration policy for our next Suits and Spooks conference scheduled for February 8th, 2012. It'll be held at the beautiful Waterview Conference Center in Rosslyn, VA and registration will be limited to no more than 100 persons. Breakfast, lunch and a cocktail reception afterwards is included.

The Challenge: Shaping a Revolution in Security Affairs.
The complexity of today's computing environment has surpassed anything that the world has seen before. The amount of data generated globally is 72 Gigabytes per person on earth according to a 2011 EMC report. Past models for securing that data have had marginal to zero effectiveness. The U.S. government has produced multiple cybersecurity initiatives over the years which lay out many hard challenges along with recommendations for R&D. Suits and Spooks II will explore new thinking on how to re-shape an information security framework based upon the revolutionary work of individuals across a wide swath of disciplines including medicine, finance, entertainment, and technology. This transdisiplinary approach will include a visual scribe and real-time link analysis projected onto a split-screen behind the speakers. At the end of the day, we'll produce a report on our findings and distribute to the relevant agencies.

This second event is going to be different from our first Suits and Spooks conference in two very important way:
We have some great speakers lined up, and I'll be featuring several of them in follow up posts this week. For starters, there's Christopher Burgess, Daniel Geer and Janina Gavankar:

Christopher Burgess. Christopher serves as the Chief Security Officer and President Public Sector for Atigeo, LLC a compassionate technology company.  He most recently served as the senior security advisor to the CSO of Cisco where he led the Global Threat Analysis, Global Investigative Support, Government Security Office and Litigation Support teams.  Prior to joining Cisco, he served from more than 30 years as a career intelligence officer within the Central Intelligence Agency.  Christopher was awarded the Distinguished Career Intelligence Medal by the CIA in recognition of his sustained significant accomplishments in the national security arena.  He sits on a number of advisory boards, including Mayo Clinic’s Social Media advisory board, and Rune Information Security.  Burgess is also a sough after speaker and writer, providing thought leadership on the topics of intellectual property protection, security stratagem, online safety  & privacy, social media, security education and awareness, intelligence, counterintelligence, protecting against corporate/industrial espionage and global geopolitical/economic affairs.  Additionally, he is the co-author of “Secrets Stolen, Fortunes Lost:  Preventing Intellectual Property Theft and Economic Espionage in the 21stCentury”. 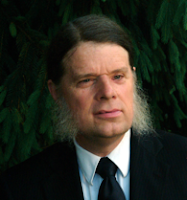 Daniel E. Geer, Sc.D. Dr. Geer has 10 years in clinical and research medical computing followed by five years running MIT's Project Athena, the first distributed computing emplacement.  After a series of entrepreneurial endeavors either as a founder or an officer of the company, he's now in government service at In-Q-Tel, the investment arm of the US intelligence community. Dr. Geer's milestones include: The X Window System and Kerberos (1988), the first information security consulting firm on Wall Street (1992), convenor of the first academic conference on electronic commerce (1995), the "Risk Management is Where the Money Is" speech that changed the focus of security (1998), the Presidency of USENIX Association (2000), the first call for the eclipse of authentication by accountability (2002), principal author of and spokesman for "Cyberinsecurity: The Cost of Monopoly" (2003), co-founder of SecurityMetrics.Org (2004), convener of MetriCon (2006-present), author of "Economics & Strategies of Data Security" (2008), and author of "Cybersecurity & National Policy" (2010).  Creator of the Index of Cyber Security (2011) and the Cyber Security Decision Market (2011).  His participation in government advisory roles include the Federal Trade Commission, the Departments of Justice and Treasury, the National Academy of Sciences, the National Science Foundation, the US Secret Service, the Department of Homeland Security, and the Commonwealth of Massachusetts. 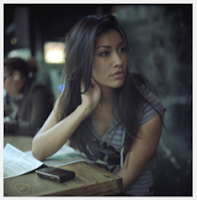 Janina Gavankar. Janina is an actress (HBO's True Blood) and a social media developer. I invited her to speak at Suits and Spooks after reading this Forbes article about how she found an innovative way to solve a problem that she and many of her fellow actors struggled with and that existing platforms like IMDB didn't solve. She kindly agreed to take time out of her HBO shooting schedule to make the trip to DC and share details about the problem set and her innovative approach to solving it. Understanding how individuals are tackling and solving hard problems outside of the information security industry and whether we can gain insights from that to apply to InfoSec will be a key component of our February event.

More speakers will be announced this week. I can promise you that Suits and Spooks 2 will be unlike any conference that you've ever attended. We anticipate a lot of interest in attending this event so I recommend that you take advantage of the early bird discount and register today. A free signed copy of the second edition of my book (due out in January 2012) will be included for all attendees.


REGISTER TO ATTEND SUITS AND SPOOKS 2