CFIUS Should Deny Acquisition Of Yahoo By Alibaba and DST 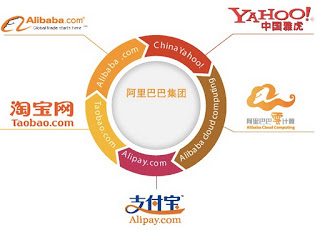 Yahoo may be fielding an acquisition offer by China's Alibaba Group, which is flush with new cash from Russian investment company DST Global. This isn't necessarily because Yahoo is such a wonderful asset. Microsoft raided the only thing valuable about the company a few years ago - its search engineers. Yahoo holds value for Alibaba because Yahoo owns a part of the Chinese company and Alibaba Group Chairman and CEO Jack Ma wants those shares back according to analyst Muzhi Li (Mizuho Securities). Still, this is an interesting problem from a national security perspective. Lots of U.S. federal and state government employees use free email services like Yahoo (ex-Governor Sara Palin being the most visible), as do government officials from other countries such as India. Foreign ownership of Yahoo, particularly where China and Russia are involved, makes access to those email accounts a national security matter for the U.S.

I've already documented DST-Global's many links to the Russian government. When it comes to Chinese companies, certain rules apply; the most important one being that a company must "stay within the good graces of Beijing to retain its permissions to do business". In general, here's the situation for Chinese IT companies according to Taia Global's China experts:


All Chinese IT companies are required to comply with Internet regulations and will provide user information on demand by the Chinese government.  The regulatory framework is designed for self regulation and censorship by Internet service providers and subscribers, rather than government monitoring on a daily basis.  While this collaborative arrangement may work generally and many Western analysts take this design at face value, Taia Global's analysts believe that the Chinese government still retains its own formidable monitoring capability in addition to cooperation from providers.  In this framework, national security and social stability are paramount, and the Ministry of Public Security and local Public Security Bureaus have the authority to investigate and enforce laws.  Other responsible government entities are:  the Ministry of Industry and Information Technology; the State Council Information Office; The State Administration of Radio, Film, and Television; and the General Administration of Press and Publications, Ministry of Commerce.

So while apologists for Chinese companies like to argue that they are just another employee-owned company engaging in the global free market, the reality is more complex than that. CFIUS should take note and act to stop any foreign acquisition of Yahoo; particularly one involving Chinese and Russian companies.
Email Post
Labels: Alibaba Group China DST-Global Yahoo