What Will The Cost of Chinese Sanctions Be For U.S. Companies? 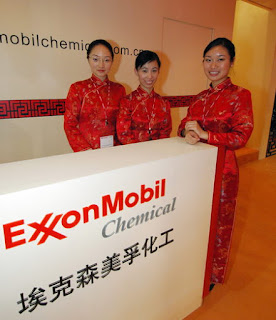 Here's why it will fail to stem the tide of IP theft by China:
1. The Chinese government uses a wide variety of legal means to acquire foreign technology. Sanctions will have no effect on that.
2. China's Internet space is used by a wide variety of foreign hackers to launch attacks from against U.S. companies. China is the perfect patsy for every false flag operation in the world. Sanctions will have no effect on that.
3. At least one Chinese hacker group (written about in the FBI's indictment against Chinese businessman Su Bin) never launches its attacks from within China or receives electronic files within China. It only runs its operations from countries outside of China. Isn't that the minimum tradecraft that we would expect from the Ministry of State Security, the PLA, and every other foreign intelligence service that ever existed - EVER - in the history of the f__king world?

Now that you know why sanctions will fail to accomplish its stated goal of stemming China's acts of economic espionage, what will the cost of sanctions be to U.S. businesses? 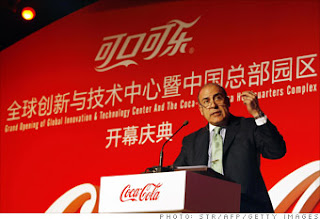 In 1998, the U.S. International Trade Commission studied the effect of unilateral U.S. economic sanctions on U.S. businesses. At that time, the only countries who the U.S. government had issued sanctions for were tiny or economically insignificant with the exception of India and Pakistan in 1998. But even then, the U.S. energy sector was adversely effected. Imagine how they'll fare when the target of sanctions is China - a huge global energy consumer?

The questions that the report authors posed for U.S. companies 17 years ago are still relevant today and include:

Most of the Fortune 1000 are either doing business in China or want to do business in China. The larger they are, the more this applies. Each one of those companies should contact the White House and find out what the President is planning, then determine how it will effect them because one thing is for sure - they won't see any upside. It's only going to bring them pain.
Email Post
Labels: China cyber security espionage sanctions