OPM Provides Insight Into Why It Was Hacked 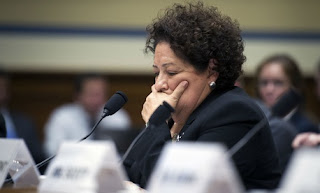 The Office of Personnel Management just released the steps that it has taken to protect over 21 million federal employees whose data was stolen in what may be the worst cyber security breach in history. Now keep in mind that these steps were selected during a time of high criticism against the agency and its director Katherine Archuleta. So I think that it's safe to say that it represents the best effort of Director Archuleta and presumably the new cyber security advisors that she brought onboard post-breach.

Here are the steps:
This reminded me of the letter that I received from Premera when they got breached (my wife and I were Premera customers), and had my USCG Top Secret security clearance still been active, I would have received an almost identical letter from OPM.

Then the realization hit me.

In crafting the above 5 steps, OPM revealed why it had been hacked so easily. It's because they didn't know (and still don't know) the intelligence value of what they had been trusted to protect - the SF-86 data. SF-86 forms are 120+ page monsters that consume your entire personal history along with all of your affiliations and points of contact in your personal, educational, and professional life. Clearance holders are interviewed every year so the information is kept current including foreign travel and foreigners that you've interacted with.

Now imagine that you work for a foreign intelligence service and I was a hacker who was offering you a chance to buy the SF-86 forms for every soldier serving in the Special Operations component commands of the Navy, Army, Air Force and Marines. These are the individuals who are responsible for direct action, counter-terrorism, snatch and grab, counter-narcotics, reconnaissance and who knows how many other secret operations.

Perhaps you work for a large South American drug cartel. How much would you be willing to pay for the SF-86 on every Drug Enforcement Agency employee who holds a clearance? If you had OPM's files and access to a data-mining tool like i2, Maltego, or Palantir, you could construct models that would reveal who was working a counter-narcotics operation in Medellín last year based upon their SF-86 foreign travel updates.

Imagine that you were looking to convince a U.S. government employee to work for you under threat of blackmail. The OPM database would provide you with a way to filter for those with backgrounds that make them highly vulnerable to extortion demands because the background investigators who conduct the interviews are looking for precisely that kind of information!

WHEN PROTECTING SOMETHING VALUABLE,
YOU MUST FIRST KNOW ITS VALUE.

When we speak with clients at Taia Global, the very first thing we do is show them how valuable their IP (intellectual property) is to foreign governments. We call that Target Asset Value™.  Once the client understands his company's TAV, the client can properly evaluate what measures to put into place to protect the company's assets.

OPM clearly did not understand the concept of Target Asset Value as it relates to the government employees whose data they were responsible for. If they did, they wouldn't have proposed credit monitoring protection as a solution when the threats are so much greater than simple identify theft or an Amazon shopping spree. OPM's current solution is wholly inadequate and will continue to be so until Director Archuleta and her staff come to grips with the true value of the data that they were entrusted with, and lost.
Email Post
Labels: Archuleta breach cyber DOD OPM Premera SF-86 SOCOM