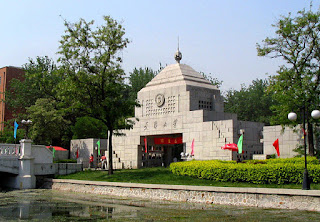 On May 19, 2015, The FBI announced that it had charged six individuals (including two Chinese professors) with economic espionage and theft of trade secrets "for their roles in a long-running effort to obtain U.S. trade secrets for the benefit of universities and companies controlled by the PRC government(1)."

Here are the details from the FBI's press release:


"According to the indictment, PRC nationals Wei Pang and Hao Zhang met at a U.S. university in Southern California during their doctoral studies in electrical engineering. While there, Pang and Zhang conducted research and development on thin-film bulk acoustic resonator (FBAR) technology under funding from U.S. Defense Advanced Research Projects Agency (DARPA). After earning their doctorate in approximately 2005, Pang accepted employment as an FBAR engineer with Avago Technologies (Avago) in Colorado and Zhang accepted employment as an FBAR engineer with Skyworks Solutions Inc. (Skyworks) in Massachusetts. The stolen trade secrets alleged in the indictment belong to Avago or Skyworks."

"According to the indictment, in 2006 and 2007, Pang, Zhang and other co-conspirators prepared a business plan and began soliciting PRC universities and others, seeking opportunities to start manufacturing FBAR technology in China. Through efforts outlined in the superseding indictment, Pang, Zhang and others established relationships with officials from Tianjin University. Tianjin University is a leading PRC Ministry of Education University located in the PRC and one of the oldest universities in China."

"According to the indictment, the stolen trade secrets enabled Tianjin University to construct and equip a state-of-the-art FBAR fabrication facility, to open ROFS Microsystems, a joint venture located in PRC state-sponsored Tianjin Economic Development Area (TEDA), and to obtain contracts for providing FBARs to commercial and military entities."

While this case is an example of industrial espionage, identical cases involving cyber espionage and other forms of IP theft happen frequently against companies who engage in research and development that's of interest to rival governments, state-owned enterprises and for-profit corporations world-wide.

Taia Global's REDACT™ is the only commercial product outside of a classified environment that is entirely focused on collecting, aggregating, and mining foreign government funding of R&D at the project level. Had Avago and Skyworks been REDACT™ customers, they would have been able to identify which government-funded research universities and state key labs were working on FBAR and other precision acoustic technologies and then assess how valuable their technology was to rival governments, thus establishing their Target Asset Value™.


Contact us today to arrange a free consultation and trial subscription.


This article has been cross-posted from the Taia Global blog.