"Hunting For Seeds That Remain Uncultivated, For Ideas That Lie Dormant"

From time to time I like to share gems of insight that I've discovered in the works of others in hopes that someone else will benefit besides myself. I'm always the first one awake in our house (usually before dawn) so I make a double expresso and sit down at my desk, which faces East overlooking the Hood Canal. Ellis' book is a collection of ancient Egyptian texts so it's fun to open it up randomly and see where you land. This is what I opened to this morning, around the time that dawn was breaking. 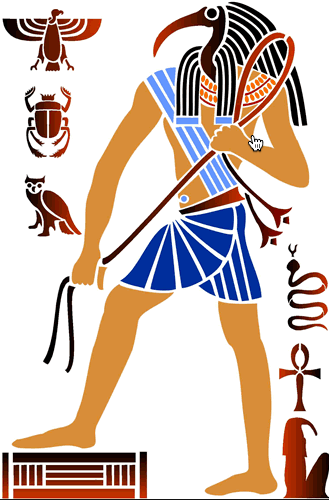 Thoth Speaks:
The ibis and the ink pot - these are blessed. For as the ibis pecks along the bank for a bit of food, so the scribe searches among his thoughts for some truth to tell. All the work is his to speak, its secrets writ down in his heart from the beginning of time, the gods' words rising upward through his dark belly, seeking light at the edge of his throat. We are made of god stuff, the explosion of stars, particles of light, molded in the presence of gods. The gods are with us. Their secrets writ only in the scrolls of men's hearts, the law of creation, death and change inscribed in the blood and seed of man's love. In the beginning and at the end, the book is opened and we see what in life we are asked to remember.

Hear, then, my words, the ringing of my speech, as the heart and the scroll of this life fall open. Truth is the harvest scythe. What is sown - love or anger or bitterness - that shall be your bread. The corn is no better than its seed, then let what you plant be good. Let your touch on earth be light so that when earth covers you, the clods of dirt fall lightly. The soul of a man forgets nothing. It stands amazed at its own being. The heart beats the rhythm of its life. The lungs breathe the ions of its own vibration. The mind recalls its thoughts. The glands respond to its emotions.

The body is a soul's record. And when a man's life ends, his body is given back to gods and the gods shall see what use their laws have been. They shall see the deeds its hands have made, the sparks of light its heart set in the world. They shall see whether or not their love, their powers have been wasted, whether the plants it has grown were nourishing or poison. And like the ibis, the gods shall circle about him, hunting for seeds that remain uncultivated, for ideas that lie dormant, thoughts left unexpressed.

They shall find new seeds from the plants he has tended. And these shall be planted again in the clay of a new man and he shall be sent back to the world until all the gods have seen fit to create in man is cultivated, and then, in final death, he shall be welcomed home as one of them.