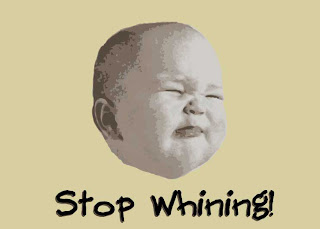 Here's some un-solicited advice to pretty much everyone inside the Beltway. Please stop whining about China's hacking activities while rationalizing our own. No one else in the world has committed the scope or scale of cyber espionage that the NSA apparently has done against so many foreign states. No one else in the world has sabotaged another nation's uranium fuel enrichment facility. PRISM (and TIA before it) betrayed the same rights to privacy that China and Russia have done to their populations using similar technology and for the exact same reasons (to protect themselves from terrorists and threats to their respective governments).

For you to say that all of the above is OK for us to do but at least we don't steal other companies' intellectual property is utterly ridiculous and makes a distinction without a difference. While the U.S. government may not be interested in stealing a Russian company's IP, that's probably because we don't have any state-owned businesses. After all, U.S. companies certainly steal from others and have for many years. If those same CEOs ran businesses owned by the U.S. government (like EDF in France), I guarantee you that the U.S. government would be as eager to engage in "technology transfer" as China is or like the French government is, etc.

Moralist pronouncements from nation states almost always come across as hypocritical, heavy-handed, and pompous because the business of running a country and protecting its people and its assets is not a moral mission; it's a pragmatic mission. The federal government does what's necessary to keep the U.S. in a superior position in the world - as it should. Instead of whining about China's or any other nation's acts of cyber espionage, just suck it up and focus on incentivizing private companies to create an information security framework that actually works.
Email Post
Labels: China France hypocrisy InfoSec rant U.S.