A Meditation on Three Things 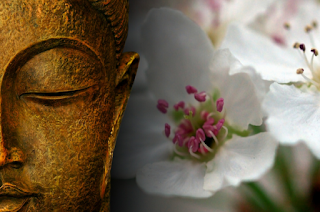 I've tried a lot of different systems over the years in my search to live and work optimally and never found one single, successful system to embrace. Instead, I've boiled it down into these three core pillars that I practice daily. It is the closest thing that I have to a religious practice (I generally dislike religion) because it is has certain spiritual undertones but there's no worship or dependence upon any higher powers involved. There is simply an awareness that I'm a part of a mysterious universe (aka nature,  the mysterious unknown, etc.) which flourishes both with and in spite of me, and that the closer I come to being a part of that universe, the happier, healthier and more prosperous I become. The three practices are:

"Daily joy" means that your default setting when you wake up in the morning is one of sheer pleasure and happiness to be alive. If you have a dog, you know what I mean. For many years, this was not the case for me, nor for many of the people that I knew and hung out with. I used to make happiness conditional; i.e., I'll be happy when I'm earning $X; when I'm in a good relationship; when I get the right job; when I no longer have this boss; etc. Happiness, let alone joy, was - in my mind - something to be achieved rather than something that I had by virtue of my simply being alive. Daily joy is especially difficult when you are financially destitute or physically or mentally ill but those are the times when it is most needed because joy works like a magnet, just like fear does. We attract what we fear because emotion is a powerful attractant. The unfortunate truth is that it's a lot easier to feel fear in the face of the unknown than to feel joy. You have to consciously practice the latter in order to overcome the former. That practice may need to include removing yourself from negative people and environments and finding ones more conducive to helping you feel joy on a regular basis.


"Trust the unknown" was a monster of a challenge for me. My inability to trust that the universe provides me with the opportunity to thrive just like it does all of nature contributed to my making joy conditional upon certain achievements. It was a major mental clusterfuck. Even now, while daily joy is my "default setting", trust is still something that I must practice consciously. As a startup business owner, I can't just trust that my business will grow. I want to control it by planning my work and working my plan. However, in the three years following my departure from Microsoft with no money saved and a terrible job market, I've seen a pattern. All the best things that have happened to me both professionally and personally were the result of an unexpected opportunity that suddenly appeared. None were the result of a conscious plan. I've learned to interpret unexpected opportunity as the way the universe works and so I trust that although I can't see the outcome, as long as I pursue what I believe in, help others as often as I can, and feel gratitude and humility that I'm alive during this exciting time in the earth's history, that I'll thrive as long as I don't mentally get in my own way. And that brings me to "no-mind".

"No-mind" is a Zen concept best explained in Takuan Soho's classic work "The Unfettered Mind: Writings from a Zen Master to a Master Swordsman", translated by William Scott Wilson. There is no single passage that I can quote from to explain this concept however this poem by a Chinese monk paints a helpful picture:


The flower that would surrender its fragrance
before my brushwood door
Does so regardless,
I, however, sit and stare -
How rueful, this world.

This means, according to Soho, "that the flower gives off its fragrance with No-Mind, while I stare at it, my mind going no further. How regrettable, that the mind has so impaled me." I love this poem because it reminds me of what I wrote earlier about trust. Wildlife flourishes in nature without our conscious intervention. Our challenge as humans is to stop our mind from interfering with our ability to also flourish in this world.

Here's another example from Soho's book:

I'm not a Zen Buddhist but I've found Buddhist teachings about the mind to be the most valuable source for me to learn how to get out of my own way and to engender trust in the universe. I still read portions of this book each morning and probably will for the rest of my life because the principal of No-Mind is not easily obtained but, I believe, is one well worth learning.

As 2013 brings new challenges and opportunities, I hope that this post will resonate with some of you. Writing it has certainly helped me further clarify these core principles in my own life.