In Defense of Palantir 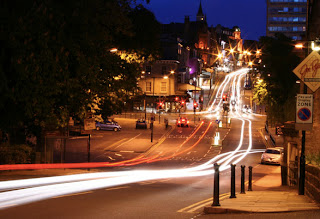 I used to live in Manhattan many years ago and apart from the great restaurants and museums that you could literally walk to, the one thing that really stands out in my memory is the non-stop flow of energy that sweeps you up and propels you to compete, accomplish, create, and win whatever it is that you're in the City to do. After I left, I never had that experience again until I came to Palo Alto to meet with Dr. Karp, Shyam Sankar, and a few of their hard-working engineers on the Project Grey Goose experiment. To this day, Palo Alto seems to thrive on an almost electrical charge that's generated by the potent mixture of extremely bright people and extremely ambitious VCs both working to solve extremely tough challenges and make a profit while doing it. The downside of that wonderfully exciting energy is that it takes its toll on you. There are incredible pressures to bring in business and meet the requirements of very demanding customers. Add to that the complexity of selling to the U.S. government and the fact that it takes 3 years on average to get your first sale, and you've got a real pressure-cooker environment.

Palantir Technologies competed against everyone else in their market and won much more often than they lost. During Project Grey Goose, I had my pick of software applications to do open source analysis with, including i2, but no one even came close to what Palantir's engineers had created. When I heard about i2's lawsuit against Palantir, I couldn't believe it. I wouldn't have used i2 if they'd paid me. The fact that i2 and Palantir settled doesn't mean Palantir was guilty of anything. Any inference that they were is grossly unfair and, as far as I'm concerned, has no merit whatsoever.

As far as Palantir's cyber team assisting Aaron Barr's doomed company HBGary Federal, bad judgment is not a hanging offense. If it were, the human race would have been wiped out a millennia ago. There's a well-known adage that says "Good judgment comes from experience, and experience comes from bad judgment." In the case of Team Themis, there was enough bad judgment to rebuild the Bering Land Bridge. The people responsible are paying the price for it, as they should. I don't know anyone at HBGary/FED or Berico, but I know the principals at Palantir along with some of their engineers and I really hate seeing them get treated so unfairly. Alex Karp has been nothing but generous to me with his time and his advice, particularly between 2008 and 2009 when I was really struggling to launch my consultancy GreyLogic after I left Microsoft. The same with Shyam Sankar, who offered to cover my costs when an international client of mine was passing the 60 day mark on getting my invoice paid. Neither Alex nor Shyam needed to do that. We weren't close friends. Project Grey Goose had already run its course as far as publicity for Palantir was concerned. There was no incentive for them to assist me yet they did.

As far as I'm concerned, that's the bottom line. We're all flawed, and we often act in our own self-interest. What stands us apart from our neighbors is when we are kind or generous to others without benefiting by it. As far as I'm concerned, Palantir Technologies' core values and those of its CEO and Director are both sound and worthy of emulation, and they have my full support.
Email Post
Labels: HBGary Federal Palantir Team Themis